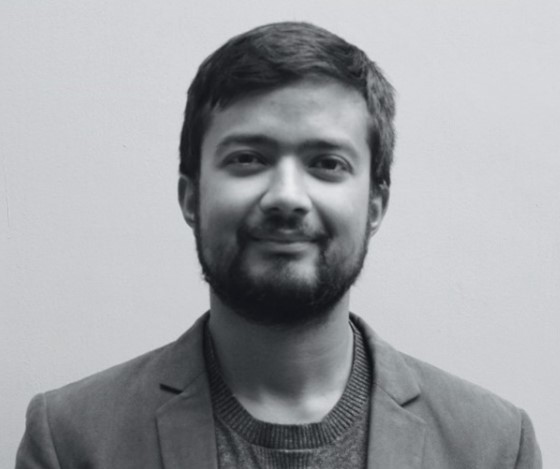 Since the inception of Solar energy in the Nepali market, only a handful of developers have been able to navigate, sustain, improve and thereby scale-up. One such company is Gham Power, steadily expanding its foot-mark in the renewable energy market of Nepal. Anjal Niraula, an off-grid solar expert is the current C.E.O of Gham Power and oversees all R&D and product strategy which includes business development and engineering as well. With a vast knowledge about the current and historic development of the energy market, Anjal walks us through the development of Gham and the overall sector in the last decade.

How has Gham Power spent the last decade?

The company formed in 2010 on the back of an unstable energy market  and chaotic situation in Nepal. With frequent power-cuts that could last up to 16 hours, there was a strong need to fulfill the energy demand. “Solar Energy was viewed as an alternate source of power for off-grid locations and not something that could be considered as a primary energy source.’’ This mindset was challenged as Gham had an urban-centric operation offering energy solution to small businesses and households. The journey encompassed more than 1000 projects in the first few years with the company averaging 2-3 projects per day. Reminiscing about the initial days, Anjal described a lack of support ecosystem with project financing being unheard of for the urban-solar market. “Gham Power had to sign off on the buy-back agreements as a guarantor for loans for its clients in the initial days.’’ But with time, Gham changed its focus from Solar home systems as bigger projects were now vital for the company to ensure steady financial returns. And as a part of this step-up, Gham inaugurated Nepal’s first micro-grid in the village of Kotang. Bigger Microgrid projects made more sense in terms of economic return but with challenging geographical locations and population density, the concept was not easily replicable as Anjal explains. At this stage, GP started to explore more into solar power based appliances and equipment. It included solar powered water pump systems, grinding mills & refrigeration systems that uses renewable energy. “These were mainly targeted to bring value for the customers, primarily the small-scale farmers. We partnered with NGOs and micro-financing institutions to expand and access growing number of clients but that gave us an important realization; Our customers needed proper training, advisory services, farming inputs and financial support as well.’’ GP started to offer a combination of services that included advisory for farmers and easing up the access to inputs. The concept as Anjal names it is “Yield improvement in a black box” for the small scale farmers. In the last few years, GP has been actively working in the Commercial & Industrial (C&I) sector for developing solar projects undertaken by big entities like hospitals and hotels. In urban setting, financing is simpler primarily because of the team up with ORE but also the proposition for investors and the customer is very different as Anjal states. To sum it up, he adds, “Over time we have gone through a lot of changes in technology, business models, distribution channels, etc. but one thing has not changed and that is our goal to change energy as a product to energy as a service.”

What are the impacts of the different product lines of Gham Power?

The C&I offering comes at a cheaper price than grid prices for customers. As Anjal states, it is rather simple and the selling point for business is derived from savings in energy bills and the security for uninterrupted power supply. “GP sees the economic profit as the primary goal and thus C&I has better traction and acceptability with investors.” The transition to renewable energy coupled with stable and better return for investors have created significant impact in this sector. On the other hand, for the Agri Processing (AP) line, the impact is significant and comes from many angles making it more complex. It requires working with micro-financing institutions to create easy and cheaper lending opportunities for farmers while creating better training agents and farmers. The impact for farmers as well as for women farmers derives from significant yield increase and lesser costs during the harvest.  With AP, product development will be crucial to lower interest rates on micro-loans for farmers which with higher volumes and digital management will be important for the industry. “The story for AP line is more glamorous but it requires a lot more data collection and product building to gain significant investments; But with C&I the story is less glamorous but on an impact vs return scale, it gains better traction for raising finance.”

Changes in the Industry

The biggest change as Anjal sees is the jump of solar energy from an alternate source to a mainstream energy source. It has been driven by the cost reduction in the materials as well as increased capacity in respect to skilled technicians and available financing opportunities. “The energy market has also changed with Nepal going from seeing powercuts of upto 18hours to having a energy surplus in certain months of the year. The Grid has become more stable with NEA becoming more robust but there is still a need of incorporating the knowledge of solar energy being a complete solution.” Anjal further adds that if erratic decisions are taken by agencies and government policies change abruptly, it will be difficult for new developers as well as foreign investors to come to Nepal as it increases the uncertainty; in this regard longer term clarity will be beneficial for all. With respect to investment coming into the industry, Anjal believes that early stage investments in form of equity stakes can be attractive for foreign investors whereas local banks and investors can come in later stages for refinancing and further rounds. There has been talks about energy export from Nepal to its neighbors and while Anjal believes that it would be possible with the right vision and steps. If the deals go through, it will be positive for the sector by earning Nepal, foreign currency and using the excess generated energy but even if that is not the case, Nepal has enough consumption within the country. ‘‘Once, the power is more reliable, opportunity to increase demand will go up in the domestic market.’’

Future for GP and the RE sector in Nepal

In Nepal, centralized large scale hydro-power projects and distributed solar energy battery storage projects will be vital for providing reliability in the market and it has to be achieved by a synergy between policy makers, regulators, utility companies and service providers. For Gham Power’s own goals,  Anjal describes, “We want to make solar energy more affordable and increase reliability to our customers not only in the urban but also the rural areas; Storage system for urban segment and opportunity to increase revenue and cut down costs with solar appliances as well as advisory  for the rural segment has great potential.” As Anjal further adds, GP wants to grow within the framework of a centralized and distributed system functioning in harmony where they will be able to leverage knowledge, finance and technology. “This will ultimately lead to increased economic benefits for the customers while allowing them to curb their emissions.”